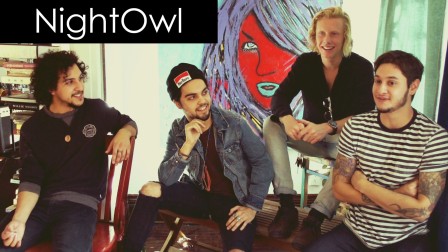 I met up with NightOwl at Laurel Canyon Studio to catch a live version of Wild One, from their upcoming album. They bring their youthful, beachy energy to the performance with a classic rock sound that’s reminiscent of The Doors.

Daniel Focil, Xaviar Aguilara, Bernardo Aguilara, and Jackson Englund have been playing together since they were in middle school and draw inspiration from classic blues, folk, and alternative rock. They play around the LA area frequenting Harvard & Stone and the Laurel Canyon Speakeasy. Follow them on their Facebook page to get updates and event information.