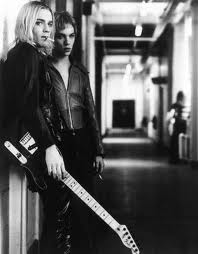 If there was ever a job I’d wish to have, it would be to create soundtracks for movies. I suppose it’s because I love soundtracks so much. I love the way a collection of songs can capture time and circumstances in a such a memorable way.

Music has a way of making us feel like someone else, but soundtracks make you feel like you’re somewhere else.

My favorite soundtrack, and probably the one that makes me feel happy, sassy and fabulous every time I hear it, is from Velvet Goldmine (1998).

If you haven’t seen the movie– don’t worry, I’m not entirely convinced it’s crucial to the appreciation of this CD. The basic premise is  the decadent rise and the dramatic unwinding of a glam-rock superstar coinciding with the rise  of a grunge-rock icon.  It’s loosely based on David Bowie and Kurt Cobain, and I do mean loosely.

Nonetheless, what you get is a CD of 90’s bands glamming it up to covers of T-Rex and Velvet Underground among others.  Here’s one of my favorites in it’s original form:

Recognize this voice? It’s Thom York with the rest of the boys doing a Roxy Music Cover.

All the songs on this CD are a bit hokey, but once you get past that it’s actually pretty rock-able. There’s not a CD I consistently belt out more than this one.

It makes me feel like a super glammed -up, feather boa & fishnet wearing rocker on the stage of a seedy opium den. 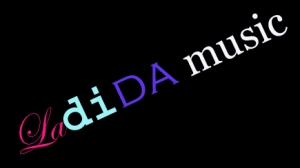